Thank You Lord for Shining Your Face on Us 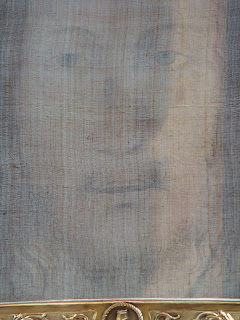 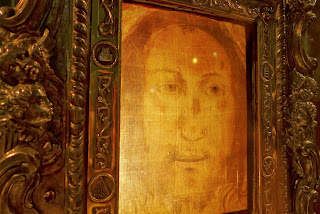 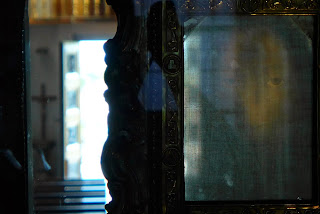 Collect for the Mass for Thanksgiving Day in the USA

Father all-powerful, your gifts of love are countless and your goodness infinite; as we come before you on Thanksgiving Day with gratitude for your kindness, open our hearts to have concern for every man, woman, and child, so that we may share your gifts in loving service. Through our Lord Jesus Christ, your Son, who lives and reigns with you in the unity of the Holy Spirit, one God, for ever and ever. Amen

Posted by Raymond Frost at 7:33 PM No comments:

In the Darkness of Our National Tragedy, An American Treasures a Final Human Touch of President Kennedy and Finds Light for the Journey in the Eucharistic Face of Jesus 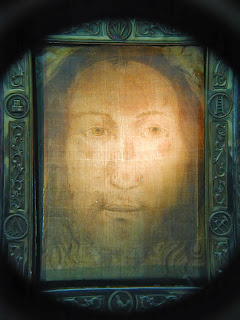 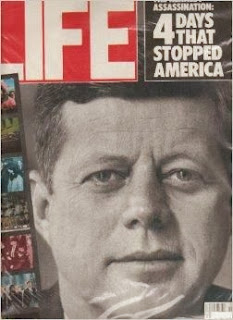 This Friday November 22 marks the 50th anniversary of the assassination of President John F. Kennedy, so wickedly cut down in Dallas at the young age of 46 taking with him the hearts and hopes of so many, especially among the young. To remember and try to understand this shocking event in the history of America, John Darrouzet has written an article-memoir at http://catholicstand.com/president-john-kennedy-jesus-reflecting-face-face-encounters/. On that November day in 1963 Mr. Darrouzet's family, holding a banner asking the President to "stop and shake their hands", stood along the route of the motorcade of President Kennedy as it made it's way to downtown Dallas. When the president did to their delight order the motorcade to stop and waved to them to come over, they became the last Americans to have the opportunity to receive the human touch of the youthful president so beloved especially to Catholics in America. The article concludes with a stirring encouragement and testimony by Mr. Darrouzet to the love of the Eucharistic Face of Jesus so powerfully symbolized and made present by the Holy Face of Manoppello.
Posted by Raymond Frost at 6:37 PM 1 comment:

Witness to the Holy Face
by Raymond Frost 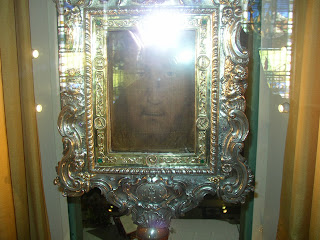 This article originally appeared in 2008 in the official journal of the Shrine of the Holy Face. It relates my experience of the Holy Face of Manoppello up until that time. The story of my efforts since 2008 to promote the knowledge of the Holy Face is to be found in the totality of the blog itself.

During the summer of 2002, I read in the Italian journal Cristianita’ Francesco Barbesino's review of the book by Father Heinrich Pfeiffer, S.J. , Il Volto Santo di Manoppello. I was amazed because I had never heard of the story of this image according to Pfeiffer connected to Veronica and the resurrected Jesus. It was for me a story much more than interesting, it was something that I had to look into and get to the bottom of the matter.

I looked for further news on the internet and in the library of the University of San Francisco. I spoke with colleagues about this subject. There was little enough in English to find, and not even very much in Italian. There was the website of the Capuchin Fathers of Manoppello and some articles that spoke of Father Pfeiffer, nothing else. No colleague had ever heard of the Holy Face.

I decided to translate the review of Barbesino and spread it among friends and colleagues. I sent the translation, through the internet, to the editors of Cristianita' who included it on their website. It was a first step for me. Unfortunately there were not many people, including friends or colleagues who believed or wanted to appear to believe in the case of Father Pfeiffer.

I sent an e-mail to Father Germano di Pietro, the guardian of the shrine of the Holy Face of Manoppello, with a copy of the translation and quite soon there arrived at my house a copy of the book by Father Pfeiffer and Father Germano’s own pamphlet on the Holy Face. After reading both I translated some parts of each. The desire to visit Manoppello grew in me, but it was not possible for the moment.

In September of 2004 there appeared in the American magazine Inside the Vatican the first article of Paul Badde with some wonderful photographs of the Holy Face of Manoppello. These photographs aroused in me an even greater desire to know the history of the Holy Face and share the story with others. With the help of Father James Blaettler, S.J. assistant pastor of the Jesuit church of St. Ignatius where I am the sacristan, I made copies of the photographs of the Holy Face and I began to disseminate them among friends, colleagues and relatives. I bought quite a number of copies of the copy of the journal in which the article by Badde appeared, also to disseminate them.

Every now and then I looked on the internet for news about the Holy Face. I found an article in the Messenger of St. Anthony written by Renzo Allegri in which he spoke of the Holy Face with journalist and author Saverio Gaeta. I sent an e-mail to Gaeta, who answered me right away.

In this period the book by Paul Badde appeared, but unfortunately I do not know German. I wanted to immediately know if it was possible to print an English translation, but at that moment I could not make contact with the author. A few months later I received the book in Italian by Saverio Gaeta on the Holy Face. I read the book during the summer of 2006. My wish was that as soon as possible the books of Badde and Gaeta would be published in English.

In recent years more and more I wanted to visit the Shrine of the Holy Face. Finally in 2007 the chance came. I wrote to Father Carmine Cucinelli, the guardian, and Saverio Gaeta with the news of the visit. Both encouraged me. In November I arrived in Rome to meet Saverio in his office and spoke about the Holy Face. He invited me to dinner at his house with his wife and son, a beautiful moment.

With his help I arrived in Manoppello and met Father Carmine and Sister Blandina. I thank Father Carmine warmly because I spoke at length several times with him during my three-day visit to Manoppello and he patiently answered all my questions. At the end of my stay in Manoppello he gave me quite a number of leaflets and prayer cards of the Holy Face in English. I also thank Sister Blandina for her generosity with me because I could listen to her
experience of the Holy Face closely. 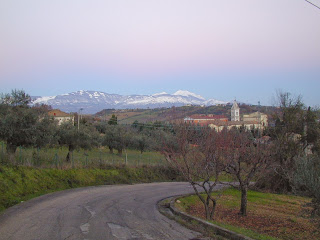 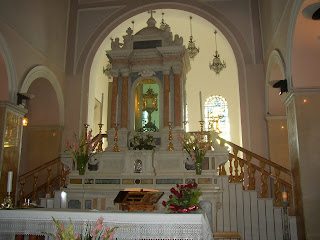 I was enchanted by my visit to the Shrine, beginning with the beauty of nature in the surrounding countryside. The interior of the church impressed me very much. It seems that everything about it is very well done. The Holy Face was much more impressive than I thought it would be before my visit to the shrine. Seeing the Face close to me was a very intense experience of prayer. I can only compare this experience to the adoration of the Blessed Sacrament. I was touched very deeply by the changes and the fluidity of the image of Jesus – the colors, its transparency, and especially from the wounds on the face of Jesus that seemed to me almost phosphorescent at times. 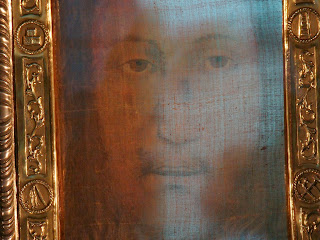 Many many thanks to the citizens of Manoppello and to the Capuchin friars for the help which they gave me during the visit. The Shrine of the Holy Face is a great gift for the Church and for the world. I hope that many people can mount the steps of the shrine to see and speak with their Divine Redeemer and friend Jesus.

At the beginning of 2008, it came to my mind to start a blog on the internet regarding the Holy Face. I began with the posting of the Holy Father's prayer to seek the Face of Jesus. I informed Father Carmine and I received his blessing. After several weeks I received an e-mail from Paul Badde with photographs. In recent months we have continued to correspond and he has helped me a lot to know more about the Holy Face.

Until now I have received comments on the blog and e-mails from Catholics, Anglicans and Orthodox from Europe, America and New Zealand. They have many questions. Some scientists do not want to take seriously the arguments in favor of the Holy Face. First, they want to have "evidence". But many other simple people, as well as from the educated class, are truly fascinated by the story of the Holy Face.

Recently I received permission to prepare an exhibition of photographs of the Holy Face in a parish of the Archdiocese of San Francisco. I hope that this exhibition can make visits in other parishes of the archdiocese, and beyond, in the future.
Posted by Raymond Frost at 9:00 PM 2 comments:

Man of Sorrows Watches Over Us

Juliusz Maszloch from Poland has produced a very interesting Youtube video on the Holy Face http://www.youtube.com/watch?v=dQGRP77f1QA using color enhancement software in order to help better visualize the precious blood of Jesus -- what He suffered for our sake. Juliusz also has an english language website on the Holy Face of Manoppello which is well worth visiting.http://manoppello.eu/eng/http://manoppello.eu/eng/

Posted by Raymond Frost at 11:59 AM No comments: