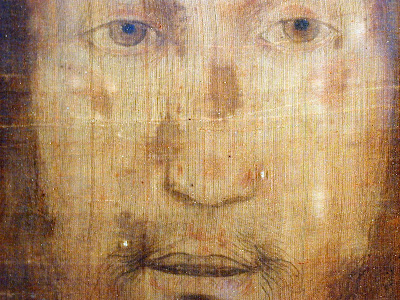 "Thus have I gazed toward you in the sanctuary" Psalm 63

"They shall look upon him whom they have pierced, and they shall mourn for him as one mourns for an only son, and they shall grieve over him as one grieves over a firstborn...
On that day there shall be open to the house of David and to the inhabitants of Jerusalem, a fountain to purify from sin and uncleanness." Zechariah 12


They accompanied her also to the cross,
the poor who made their living not easily.

Once they learned that generations had been
Starved to pay the upkeep it was to her they turned,
And they were not found wanting.

For the weaving of her heart
Was also shown in her hands.
Posted by Raymond Frost at 8:33 AM