Holy Face of Manoppello at the Meeting in Rimini

"The Rediscovered Face: The Unmistakable Features of Christ " 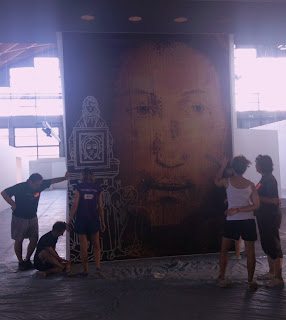 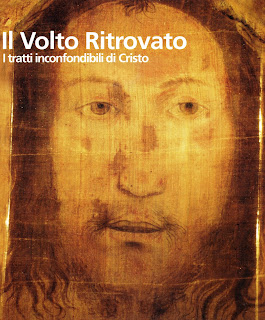 The goal of the exhibit is to make known the history of the ancient acheropite (i.e. not made by human hands) images of Christ: the Camulia, the Mandylion and the Veronica in Rome and relate them to the Holy Face of Manoppello, that mysterious portrait of Christ which arrived in the town in Abruzzo in the sixteenth century and remained almost completely unknown until just a few years ago.

Particularly extensive is the iconographic research on the Roman Veronica as seen in the copies made by artists for pilgrims who came to Rome prior to 1500. The exhibit's comparison of these copies to the Face of Manoppello supports the hypothesis of Father Heinrich Pfeiffer, professor of art history at the Gregorian University in Rome, who in 1999 claimed that the Veil of Manoppello is to be identified as the lost Roman relic.

It is therefore this rediscovered Face which would allow us, already on this earth, to encounter the Face of God in the living Christ.

By means of this exhibit, which is part of the Year of Faith, the Meeting will also want to respond to that which previously Pope Benedict XVI and now Pope Francis have called us "to look upon Christ and to let ourselves be looked upon by Him".

The rector of the Shrine of the Holy Face, Father Carmine Cucinelli, recalling that Benedict XVI came as a pilgrim to Manoppello on September 1, 2006, expressed gratitude to the organizers of the event and to the participating scholars, and in particular to Raffaella Zardoni, among the main sponsors of the exhibit, who through her "Veronica Route " project, has encouraged the search for historical images of Veronica to be found in churches, museums and collections from the various countries around the world.

Quoting Fr. Carmine: "It is wonderful to witness the widening circle of scholars in Italy and abroad who are passionate about the Holy Face. In addition to the expansion of research on the influence of the Veronica on the religious iconography of the past, it is quite satisfying to see the profound research done on the Relatione Historica of Father Donato da Bomba, the first document attesting to the gift of the Holy Face to the Capuchins, which confirm the authenticity and veracity of the document as well as of the important local persons cited. "

The exhibit is accompanied by a catalog - with a cover that reproduces the Face of Manoppello - which has a rich collection of images belonging to the history of depictions of Jesus.

In Rimini on the afternoon of August 21, Fr. Cucinelli,the rector of the Shrine, together with Paul Badde, Raffaella Zardoni and Antonio Bini will meet with young visitors to the exhibit.

Father Carmine points out that interest in the Holy Face is growing in the world, by means of books, television programs and pilgrimages.

During the same period as the exhibit in Rimini, and precisely from August 6 until September 30, 2013,there will be held at the Marian shrine of Lourdes the third edition of the exhibit "L'image du Christ à travers the visage de la Vierge." (The image of Christ through the face of the Virgin. This exhibit, organized in collaboration with the Shrine of Lourdes, came about at the urging of the former bishop of the diocese Tarbes-Lourdes - Philippe Perrier - who came as a pilgrim to Manoppello in spring 2010. It was the French bishop to "see" in the wounded Face of Manoppello the suffering of the Madonna of Lourdes.
Posted by Raymond Frost at 3:33 PM