Lourdes Exhibition on Holy Face Announced by Shrine of Manoppello 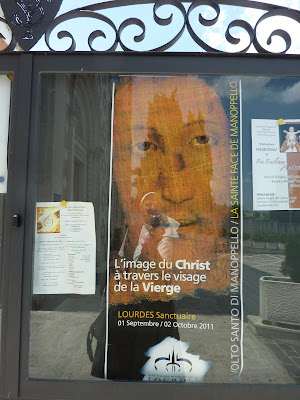 Basilica of the Holy Face of Manoppello (Pescara) - Italy

The Shrine of the Holy Face announces an exhibition titled "The IMAGE DU CHRIST A TRAVERS LE VISAGE DE LA VIERGE" ("The image of Christ through the face of the Virgin"), to be held in the exhibition hall of the famous Marian Shrine of Lourdes from September 1 to October 2, 2011.
This is an extraordinary event which brings to fulfillment the proposal of the Bishop of the diocese of Tarbes-Lourdes, Most Reverend Philippe Perrier, after his visit to the Shrine of Manoppello, which occurred in April of last year. On that occasion, Msgr. Perrier was impressed by the encounter with the Holy Face. In the presence of Archbishop Archbishop Bruno Forte of Chieti, Bishop Perrier said he saw in the suffering Face of Manoppello the suffering of the Madonna of Lourdes.
The exhibition will consist of a series of large multi-lingual panels - made under the direction of Prof. Heinrich Pfeiffer S.J. with the collaboration of Sr. Blandina Paschalis Schlomer - which illustrate the history and meaning of the Holy Face, comparing it with the Shroud and with the original iconography of the face of Christ in art as well as recount the visit of Pope Benedict XVI to Manoppello.
A significant part of the exhibition will focus on the relationship between the Holy Face and the Face of the Madonna in the various expressions of devotion and faith that are common to Lourdes and Manoppello, the faces of sick, suffering and pilgrims.
The organizational phase of the exhibition was preceded by a visit to Lourdes by the Capuchin Provincial of Abruzzo, Padre Carmine Ranieri, inasmuch as the event - because of its importance - involves the whole community of Capuchins in the region.
During the opening of the exhibition there will be meetings, conferences and film screenings.
In France, the understanding of the Holy Face is spreading thanks to the French edition of the book by Paul Badde, published in Paris in April of last year with the title "L'autre Suaire: enquête sur le secret de Manoppello" (The other Shroud: investigation of the secret of Manoppello).

Posted by Raymond Frost at 7:30 AM No comments: 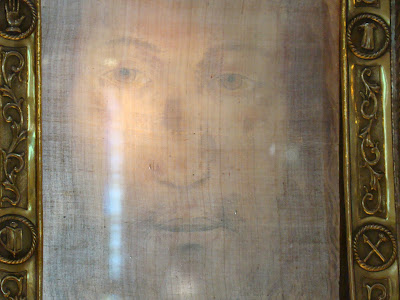 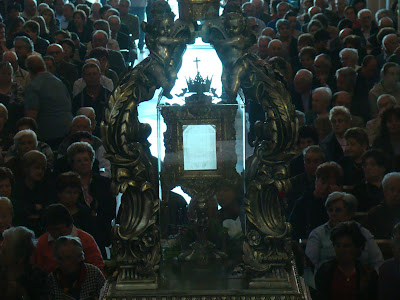 of the whole which is infinite
being Three persons Yet in one case
We see we think only two yet three doubled squared to infinity
Oh the stars! 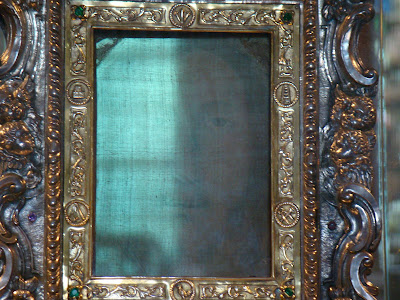 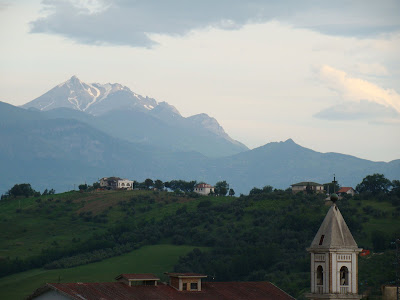 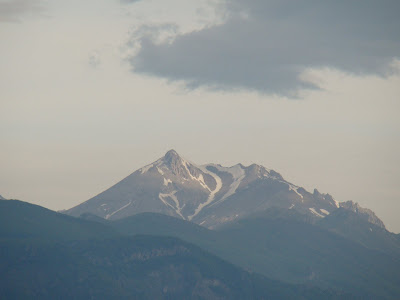 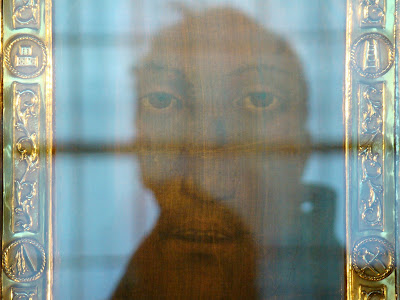 to our true celestial home
Posted by Raymond Frost at 9:51 AM No comments: