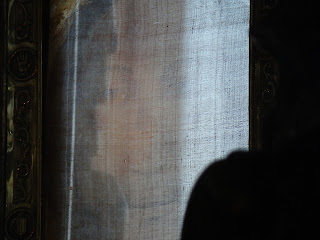 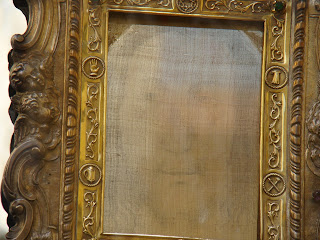 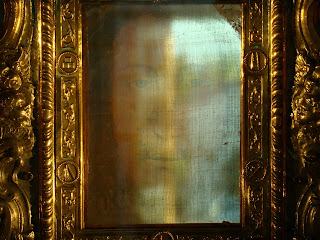 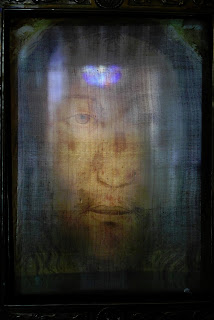 all photos by Paul Badde

Give us the grace, O Lord, to contemplate your presence in the world - hidden yet available to all - in infinite localities yet uniquely present - on a verdant hilltop city - under snowy fastness - revealing Eucharistic splendor - facing east and west - from a monitor screen woven from sea silk - tuned to the exact frequency -- Jesus Christ!

Posted by Raymond Frost at 8:32 PM No comments:

Procession Today in Manoppello for the Feast of the Holy Face 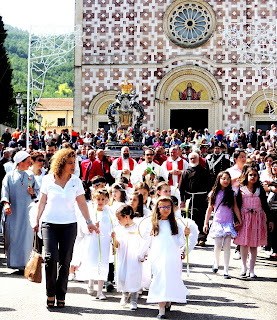 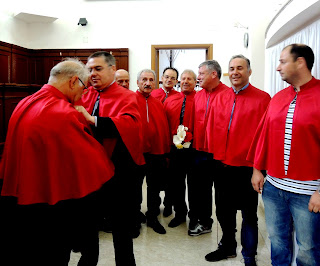 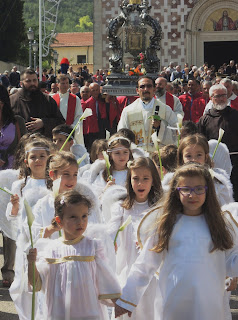 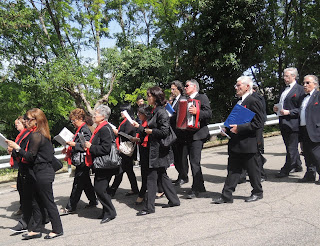 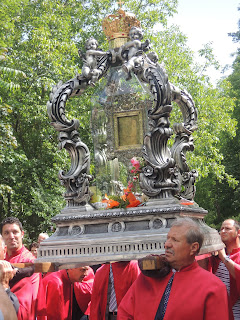 I am so pleased to be able to post this report sent to me by Antonio Bini, accompanied by some of his photographs, of the procession today for the feast of the Holy Face of Manoppello which occurs each year on the third Sunday of May.

This year the Solemn Mass presided by the Provincial of the Capuchins of Abruzzo - Father Carmine Ranieri - began earlier than usual - at 9 o'clock. At the end of the Mass the local devotees were joined by a great number of pilgrims, ever increasing from year to year, from Italy and abroad. As per tradition, the Holy Face will remain in the church of San Nicola - where the image arrived about 1506 - and then return tomorrow morning to the Sanctuary. The choir of the Holy Face participated in the procession with songs accompanied for the first time by an accordion player. Also present were Paul Badde, Sr. Blandina Paschalis Schloemer, Sr. Petra Maria Steiner, various foreign journalists, as well as the Milanese illustrator Raffaella Zardoni, project manager of the Veronica Route and the exhibit on the Holy Face, entitled "The Rediscovered Face" which will be presented in August, as part of the Rimini Meeting 2013.
Posted by Raymond Frost at 5:41 PM No comments: