Holy Face to be Enthroned at Church of St. Bede the Venerable in La Canada, California on Divine Mercy Sunday 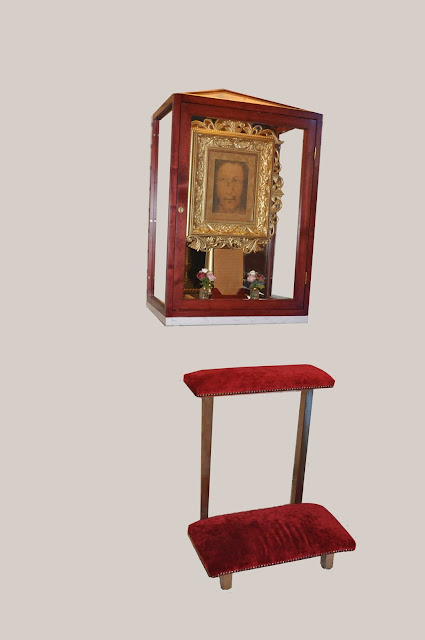 One of the fruits of the September 2015  Mission of the Holy Face of Manoppello to Los Angeles will take place this coming Sunday April 3, Divine Mercy Sunday when the Holy Face will be enthroned during a Holy Massat 9:00 A.M.The enthronement is coordinated by Lydia F. Cruz, Ludi Herrera, and Msgr. Antonio Cacciaputi, Pastor of St. Bede Church in La Canada, Flintridge, California. The reliquary containing the Holy Face at St. Bede is the very one that was brought to the Cathedral of Our Lady of the Angels in Los Angeles last September 9, 2015 for one week veneration.

Posted by Raymond Frost at 4:54 PM No comments: 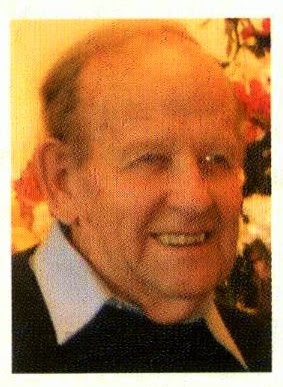 The Australian Catholic journalist Paul MacLeod died Holy Saturday at 3pm Australian time.  For many years Paul spread the devotion to the Holy Face of Manoppello far and wide especially in Australia and Oceania.

As a tribute to him here is a tile which he had shared with many around the world just in the last few days showing the face of Jesus from ancient Edessa (modern day Sanliurfa) which exhibits the characteristics of the Holy Face of Manoppello. 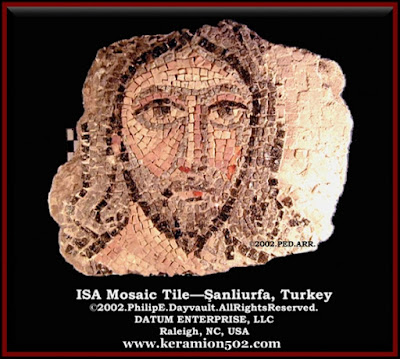 May Paul MacLeod rest in peace with the vision of the face of Jesus forever. 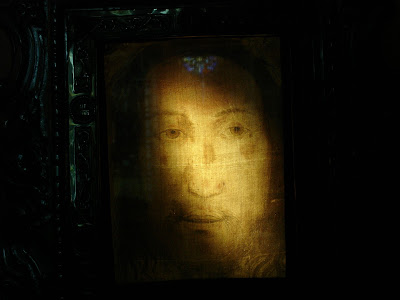 Posted by Raymond Frost at 12:04 PM No comments: 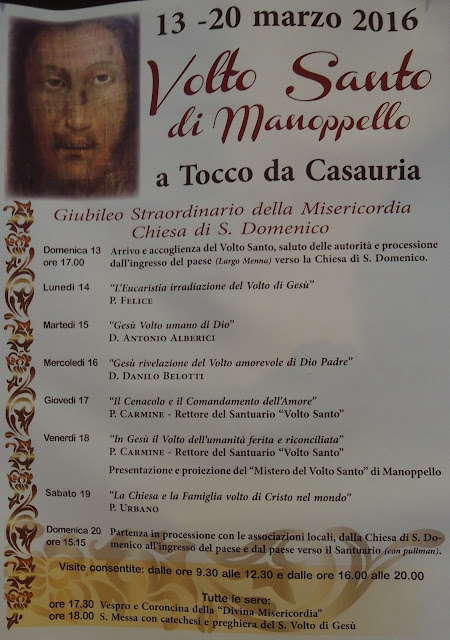 translation of article in Il Centro Newspaper March 12, 2016 describing the visit of the Holy Face of Manoppello to Tocco da Casauria and Turrivalignani.  The visit to Tocco da Casauria concluded last Sunday March 20 Palm Sunday.  Thanks to Antonio Bini for alerting me to the article and for the photos

MANOPPELLO. After the great trips to the United States, Canada and the Philippines, the Holy Face will make two “zero kilometer” trips given that the transfers of the Holy Icon are scheduled starting tomorrow (March 13) for a week in Tocco da Casauria and after Easter in Turrivalignani.  Of course, as has been done at other times, it is a reproduction of the Veil which will be transported.

As soon as the news spread it raised some alarm because it was thought that it would be the actual Monstrance containing the Image of the Lord which would be transported, so that the police wanted an explanation directly from the Rector of the Holy Face Basilica, Father Carmine Cucinelli. The initiative was included in the program of religious activities dedicated to the Jubilee of Mercy proclaimed by Pope Francis. And what religious relic can embody the true meaning of Mercy, if not the face of the risen Christ?

At Tocco, for the first time in history, the Veil will arrive tomorrow (March 13) at 4pm, and will be welcomed at the entrance of the town by the parish priest Fr Michele Persichitti who, together with the faithful, will carry it in procession to the church of San Domenico. This will begin a weeklong intensive program of vigils, prayers, meetings, and adoration.

Each day will have a particular theme to address topics such as the Holy Face and Goodness, the Holy Face and Mercy, the Holy Face and Love understood as the Church understands it -- the universal and concrete love that completes and surpasses hope alone and the faith itself. A week that will see the town be a destination of pilgrimages from neighboring towns and which is preparing to welcome pilgrims in the best of ways.

"Being involved in this event," says Mayor Luciano Lattanzio, "will make a significant mark on our community which will have in its own house what has become the most sought-after, representative and beloved icon of Christianity. We will be present and available to offer the best of ourselves."

The return of the Holy Image to Manoppello is scheduled for the evening of Palm Sunday, conducted by the faithful of Tocco who, at its conclusion, will participate in a Mass in the Manoppello Basilica.

Posted by Raymond Frost at 5:38 PM No comments: