Shrine of the Holy Face: The Holy Door of the Jubilee of Mercy Opens 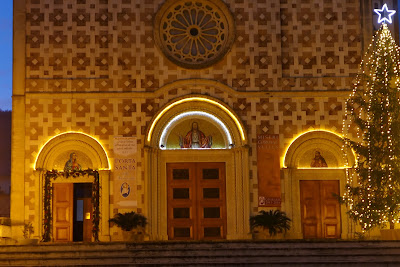 By Antonio Bini
Today at the beginning of the New Year, several thousand people attended the opening of the Holy Door of the Shrine of the Holy Face -- the one at the left side of the Basilica which is usually closed. 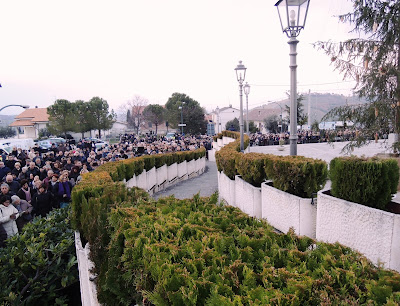 At 4pm devotees and pilgrims from various parts of Italy and from abroad gathered together in the area in front of the Shrine.  At approximately 4:30pm a number of priests came out in procession from the hall of San Damiano, to take their place at the head of the people present directing them to face the front of the Holy Door. Among the ministers was the  Protopresbyter Anatoliy Grytskiv, head of the Abruzzo and Molise region for the Ecumenical Patriarchate of Constantinople. 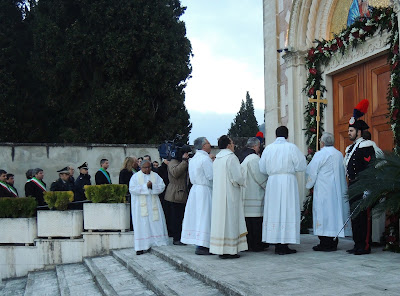 Prior to opening the holy door, the rector of the basilica, Fr. Carmine Cucinelli, commissioned by Archbishop Bruno Forte, pastor of the diocese of Chieti-Vasto, read from the papal bull of the extraordinary Jubilee of Mercy, which emphasizes the centrality of Christ, continuing the great Jubilee of the year 2000. Pope Francis himself chose as the first words of the bull- entitled "Misericordiae Vultus"  "Jesus Christ is the face of the Father's mercy."https://w2.vatican.va/content/francesco/en/apost_letters/documents/papa-francesco_bolla_20150411_misericordiae-vultus.html

"We are touched by this expression" - stressed p. Carmine - "which along with the one uttered by Pope Emeritus Benedict XVI in 2006: "This is a place for meditating on the divine by contemplating the icon of the Holy Face" "- encourages the assertion that here in Manoppello, in this church, we have the true image of Jesus, the face of the Father's mercy. " 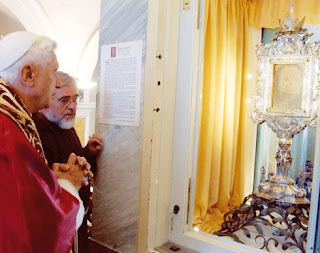 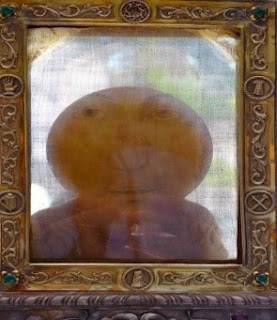 Fr. Carmine briefly reviewed the historical origin of the jubilee, explaining the meaning of compassion, of forgiveness and therefore, of the door. In this perspective, he explained how at the entrance of the Holy Door there is affixed a rectangular brass plate, engraved with a Latin cross in relief, with the inscription in Latin "Iesus Christus Deus Homo". Inside the circular crown it reads "Vivit Regnat imperat MCMI". Thus the entire script there reads "Jesus Christ, God and man lives, reigns, conquers 1901"

This "Cross of indulgences", as it is called, was designed by the architect Edward Collamarini of Bologna for the Jubilee of 1900. The first casting of the cross was blessed by Pope Leo XIII at the end of the Jubilee.

It is a reminder that passing through the door is a symbolic sign of belonging to Christ.

The celebration was enlivened by the choir of the Basilica of the Holy Face, conducted by Nicholas Costantini. Among the hymns performed by the choir was the official anthem of the Jubilee of Mercy, composed by Paul Inwood (music) and Eugenio Costa (text). 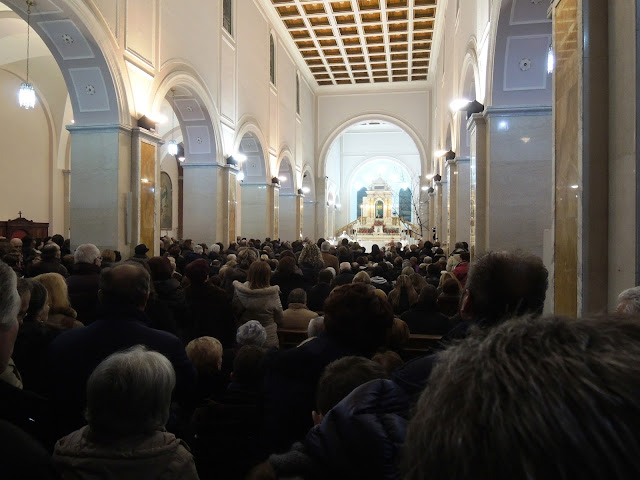 Many pilgrims, who failed to find a place in the church, were able to follow the solemn celebration on a giant television screen in a large hall adjacent to the sanctuary. Among those present were Paul and Ellen Badde along with several television crews. 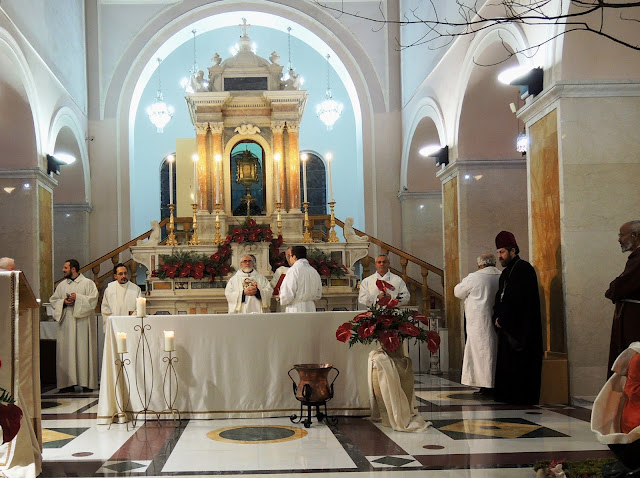 Fr. Carmine thanked all participants, men and women religious, and in particular Fr. Paolo Palombarini who directed the event, the military and civil authorities present, including a dozen mayors of Manoppello and surrounding villages, those who have ensured the safety of the pilgrims, the volunteers and all those who in various ways have contributed to the successful opening of the Holy Door which will remain open until November 20 2016.