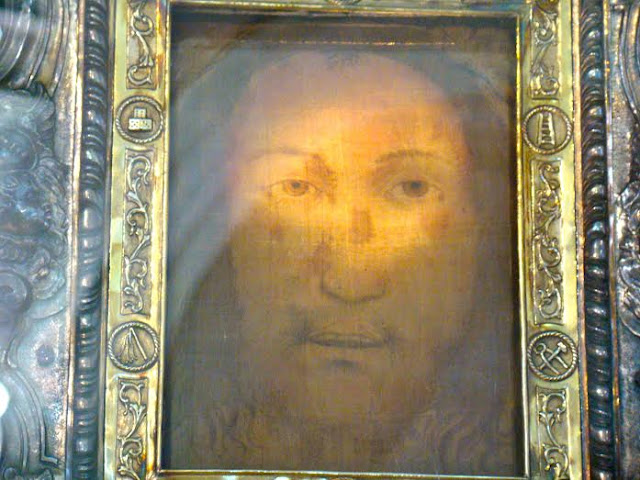 The popular Eternal Word Television Network (EWTN) weekly show Bookmark will have as its topic for Easter Sunday April 21 the Holy Face of Manoppello.  Host Doug Keck will interview the journalist and author Paul Badde regarding his latest book:  The Holy Veil of Manoppello.  (Sophia Press).  Easter is a most appropriate time to see and meditate on the face-cloth (Sudarium) of Jesus left behind in the tomb as a witness to the Resurrection.

Several quotes from the book:


"the Church of Saint Michael on the Tarigni Hill, at the gates of Manoppello, where, since 1638, the sudarium of Christ had been hidden. A fortified case secured by three padlocks, placed in one of the side chapels, protected the veil, which was taken out only twice a year to be shown to the faithful.
This place, which concealed the most beautiful and precious treasure of the Catholic Church, was not a royal basilica like that of the House of Savoy in Turin or the beautiful houses of God scattered around Europe, such as St. Mark’s Cathedral in Venice or the Cathedral of Our Lady of Chartres. No, it was a small, insignificant Capuchin church at the periphery of Italy, forgotten by the rest of the world." 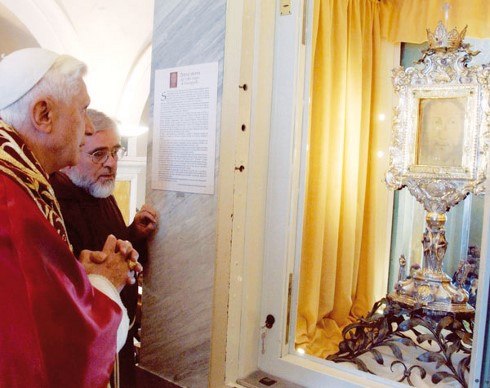 "Today an almost visionary kind of grassroots movement is leading Christianity from its own depths to the Holy Face. It started in America with a Filipino lady, Daisy Neves of Bellevue, Washington, on the border of Canada. In October 2006, she saw in an American newspaper a photo of Pope Benedict XVI from September 1, with his hands clasped in prayer his gaze fixed on the Holy Veil in a distant Italian town she had never heard of, despite the more than thirty pilgrimages that had led her already to Christianity’s most important shrines and sites of devotion.
“I have to go!” she told herself. “I must see it!” Five years later, at Easter in 2011, she finally found herself in front of that veil, euphoric and excited like a little girl. She put all the money she had with her into the offering box for the friars, and it was no small amount, but for her it did not seem to be enough.And here begins another story that could fill the pages of a book, but this time written by Americans and Filipinos, focused  on documenting how, through whom, and by what miracles the of the Holy Sudarium with the “face of the God of Jacob” arrived in the New World and in Asia."


Quoting Archbishop Georg Gänswein on January 16, 2016, the feast of Omnis Terra, at the Roman Church of Santo Spirito near St. Peter's Basilica.


"Before coming to Rome, the Sacred Veil was guarded in Constantinople, prior to that in Edessa, and even earlier in Jerusalem. This face cannot be the property or the jealous treasure of one place, one church, or one owner, not even of the popes. It is the “trademark of Christians.” Only we know that God has a face; only we know who and how He is. For this reason, the face of Christ is the most noble and precious treasure of all Christianity, indeed of all the earth, omnis terra! To this face we have to set out ever anew—always as pilgrims; always to areas of the periphery of our conception. And always having only one goal in front of us: the moment we will face him face-to-face. Amen" 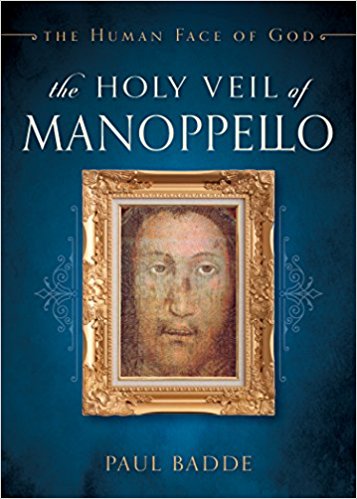 Posted by Raymond Frost at 5:56 PM